The 2021 Annual meeting was held from June 10 through June 13 at the Wild Dunes Resort, Isle of Palms, SC. The event was well attended and recognized those who did so much in what was admittedly a turbulent year. Houston County was well represented and received several awards throughout the event.

Houston County Bar President, Ms. LaToya Bell Esq., received two awards at the event which included the Law Day Award for the Houston County Bar as well as an individual award for Outstanding Service to the Public.

Don’t take my word for it, you can view the full presentation of the all the awards here. YLD President Bert Hummel speaks about President Bell’s accomplishments at 23:40 and President Bennett’s Contributions at 32:40.

Please join me in congratulating these two leaders on their recognition for a job well done! More pictures will be uploaded once they are made available. 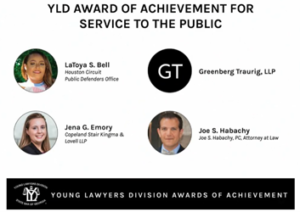 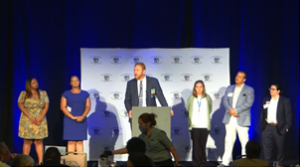 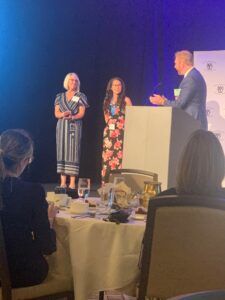 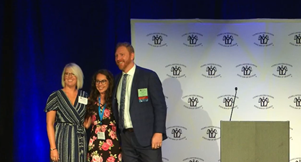 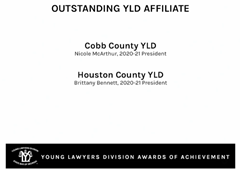